My university friends and I always have an annual meet up in London. The line up always changes, but there are certain things we do every year. This year my friend Lewis decided what we were going to do, and it turned out to be quite an unusual activity…

On arrival at London Bridge I observed the two minute silence of Remembrance before making my way to the Millennium Bridge. I had heard that Lumos had installed some giant wands outside St Paul’s Cathedral. I wasn’t sure if they would still be there, however, I decided as I had the time, I would go and see. And they were! They were really impressive sculptures, and I had a quick look around before making my way to Waterloo to meet up with my friends.

After we met up, we quickly visited our old haunts of Trafalgar Square, Leicester Square and Forbidden Planet before making our way to Vauxhall. Although we initially thought he was joking, my friend had booked for the five of us to go axe throwing! I had never been, and I was really nervous, but it turned out to be really fun! After the safety demonstration we were mixed with two other groups and ended up in a tournament, even throwing two axes at the same time at one point! I was terrible, but we ended up winning 2nd, 3rd and 4th in our tournament. While it was a bit terrifying, it was a lot of fun and I really want to go back! 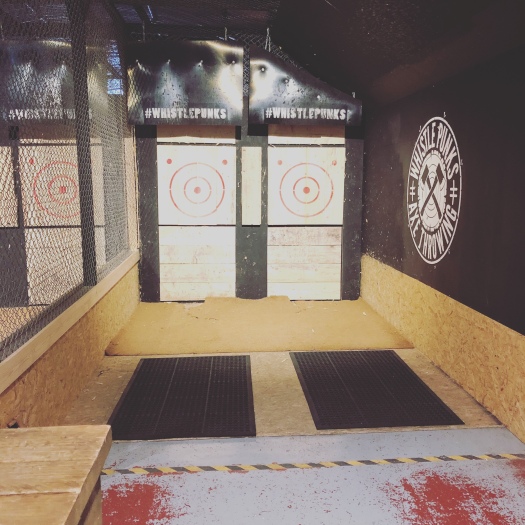 After a cheeky Nandos with the lads, we decided as it was Remembrance Sunday, we were going to see the light demonstration at the Tower of London. It was completely packed, and we ended up seeing it from a side road. The light display was very moving, and even more poignant seeing it on such a history laden day.

The day had come to an end, and it was time for us to make our separate ways home. It was such a good day and it was filled with so many good experiences. I can’t wait to see everyone again.

Writer, Film Lover, Mother of Cats. Stumbling through life one adventure at a time.